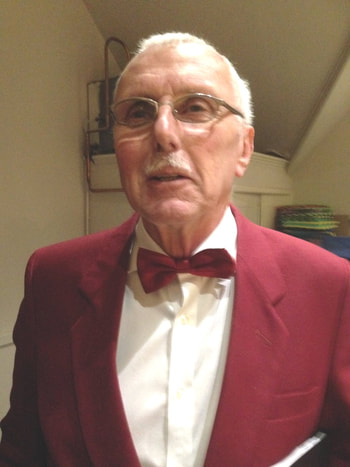 The choir was very sad to learn of the death of Roger Barrowman who passed away on Jan 3rd after a short battle with Covid 19.
Roger joined the Orpheus in Aug 2017. On his  application he placed his voice range as 'bass'.  How surprised was he and some of us when after our Music Director heard his voice and Roger was 'promoted' to second tenor!
Peter Costello commented  "I met Roger a few years before he joined the choir when we were both part of a walking group.  As we become friends I found out that Roger was interested in joining us as he had done some singing at church choirs.  I think that the choir's friendly social environment also appealed to him; a way to make new friends as well as improving his music skills. After the weekly rehearsal we would often end up in the local pub, putting the world to rights - again"
Another choir member, Andy Crane recalls  "I knew Roger well when we were both working in London in the insurance business and would chat on the train back to Tunbridge Wells"
We will all miss his friendly humour and friendship. He was with us for a short time but made a lasting impression.​